The power of Black witnessing in the digital age 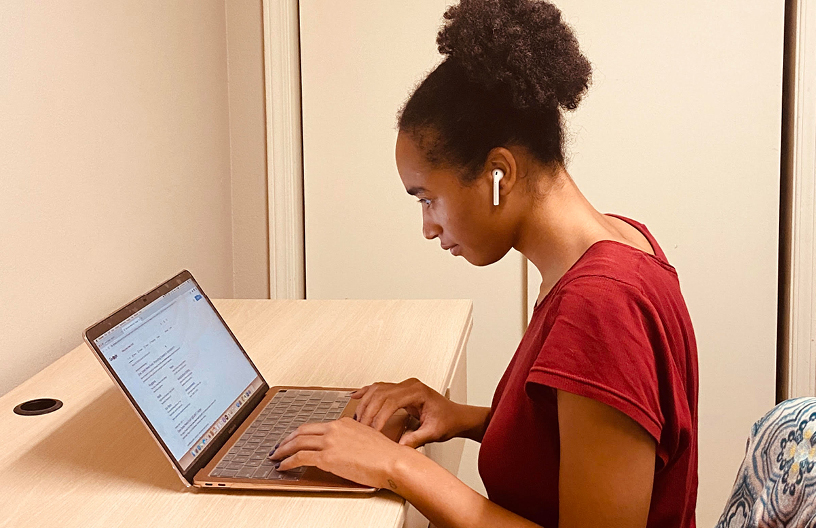 The numerous deaths of Black people and Movement inspired journalist, academic and NABJ 2012 Journalism Educator of the Year Dr. Allissa V. Richardson to diligently study mobile journalism and craft, “Bearing Witness While Black: African Americans, Smart Phones, and the New Protest #Journalism,” a researched book that delves into the lives of 15 resilient Black protest journalists who harnessed the power of social media as their digital storytelling tool for depicting modern day Anti-Blackness and peaceful protests in the United States from 2013 to 2017. Further, the book identifies three overlapping eras of domestic terror: slavery, lynching and police brutality to implicate white supremacy is a shapeshifter that continuously mutates into more sophisticated forms of subtle racism and discrimination.

“A lot of what journalism has done in the past is damage and demonize Black people when they were unfairly or unjustly killed,” Richardson said. “The phone allows us to correct those narratives.”

Richardson said she first became interested in mobile journalism when a man name Emanuel Freeman live tweeted the death of Michael Brown, an unarmed Black teen who a police officer shot and killed in Ferguson, Missouri on Aug. 9, 2014. It was the first time she learned about the death of a Black person from police brutality through social media and not traditional news. Richardson immediately knew her dissertation would focus on Black witnessing in the age of mobile and social media.

“There are so many more peaceful moments in between that mobile journalists tend to capture so beautifully, and I really became intrigued by what they were seeing and even more interested in why some people decided to take it a step further and say, ‘I’m not just going to cover the moments that’s galvanizing everybody, but the aftermath, ”’ she said.

“Bearing Witness while Black” comprises semi-structured interviews with renowned activists and detailed analysis of the activists’ Twitter timelines. Consequently, Richardson explores the journalistic role the activists perform, the kinds of stories the activists produce and the relationships the activists formed with their audience. Protest journalists’ work can be perceived as reportage that functions from the positionality of sousveillance to watch powerful authorities from below, according to Richardson.

“It’s tough when we think about journalists because we trained and spent tons of money at the best journalism schools in the country,” she said. “So, I’m not at all saying this lightly that some of these folks can do the same job we can and if not, better. We need to pay attention to them because they’re rising to popularity for a reason.”

One of the protest journalists Richardson interviewed, Marissa Johnson, gained national attention when she interrupted presidential hopeful Sen. Bernie Sanders (I-Vt) at a Seattle campaign rally in 2015, according to Richardson.

Richardson said civil rights movement activist and Mississippian Fanny Lou Hammer inspired Johnson to interrupt Sanders because president Lyndon B. Johnson did the same to Hammer, during her testimony, at the 1964 National Democratic Convention. President Johnson interrupted Hammer’s testimony by delivering a scheduled speech as a tactic to covert the police brutality and voter suppression many Blacks experienced in rural Mississippi.

“Marissa Johnson said ‘this time I was going to be the Johnson interrupting,”’ Richardson said. “To understand that historical arc of where you fall in Black activism is incredibly common amongst today’s mobile journalists. They know exactly what they’re doing. It’s not accidental at all.”

The Black Lives Matter Movement is primarily led by young people who are resiliently driving the vehicle for change. Compared to civil rights activists, modern protest journalists are more bold in showing their individuality and less polite in demanding justice, according to Richardson.

“When we think about this generation, they’re like, ‘No, we will have nose rings,”’ she said. “’We will have purple and green braids as we interrupt Bernie Sanders. We will interrupt politicians. We will stand in a highway. We will block traffic. We will do die-ins in inconvenient places and mess up your whole day. We don’t believe in these peace, kind of polite demonstrations, impatiently waiting for justice. We want it now or we will drag you online.”’

However, Richardson said protest journalists aren’t working hard to advocate for Black lives to gain clout. Many activists’ decisions to be in the public eye led them to receive hate mail and death threats, be doxed and put on watch lists by state and federal entities.

“No one would choose to be in this if they knew the level of harassment that these people face,” she said.

Richardson said she predicts society will begin to realize that everyone needs to learn about mobile journalism in which it will be interwoven in middle and high school curricula. Young people will demand media literacy and mobile journalism is taught at school because they currently have many questions about their role as citizen journalists. This includes their rights if they get arrested while recording, who owns their video if it’s uploaded to social media and what they can do to avoid online trolling if they release footage that offends someone. Richardson constantly receives these questions, in her email inbox, from middle and high school students.

“They’re not leaderless, they’re leaderful in terms that there’s this notion that anyone can lead a Black Lives Matter event, and in doing that, you can’t kill the movement as easily,” she said.

Jasmine Edmonson is a senior at Louisiana State University. She majors in Mass Communication with a double minor in International Studies and Communication Studies. Jasmine attended the National Association of Black Journalists (NABJ) virtual convention as a DJNF-sponsored Emerging Journalist.