Covering Immigration Away from the Border 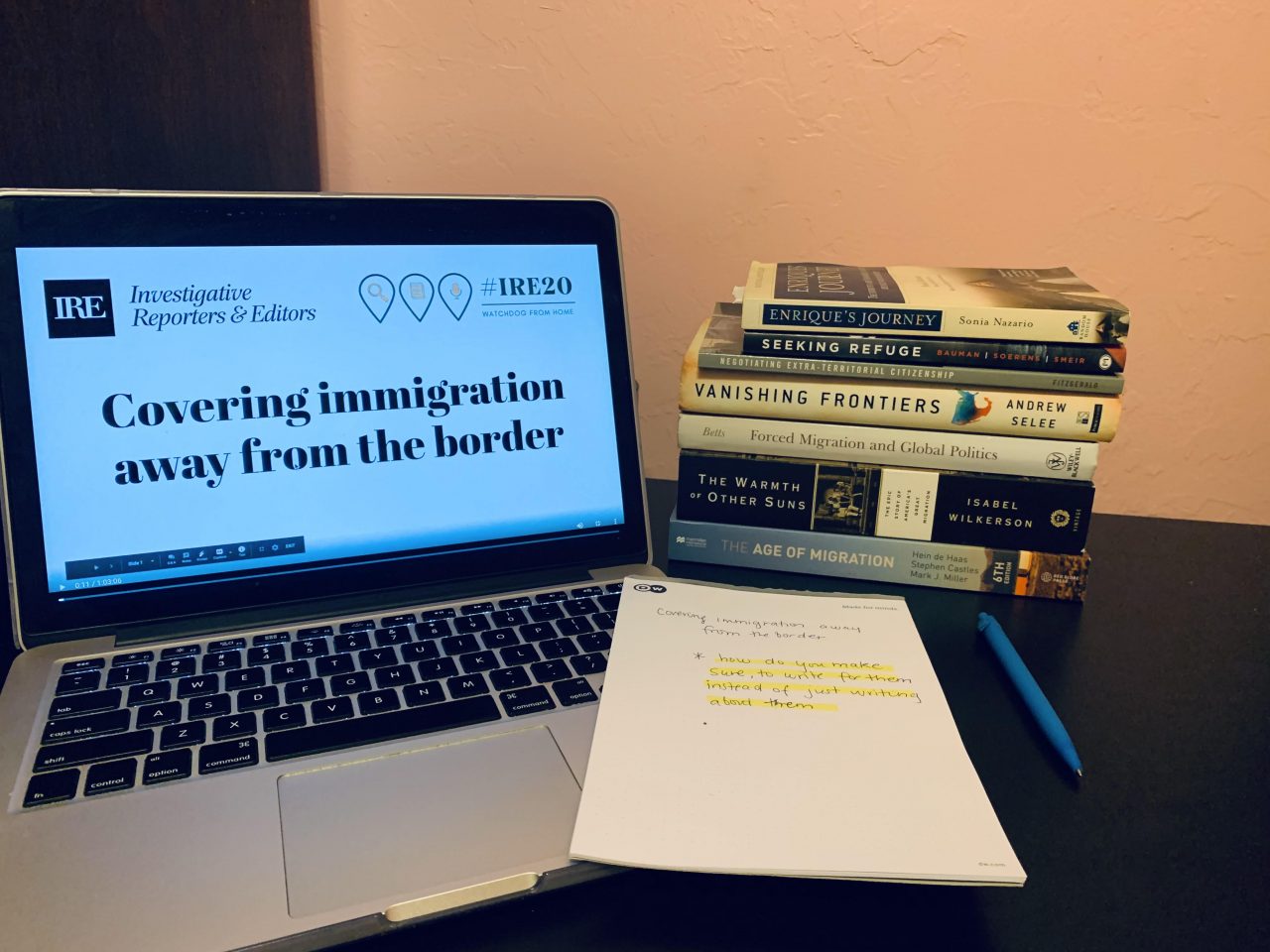 As an aspiring immigration reporter, participating in “Covering immigration away from the border,” was surreal. Imagine being in a room (virtual in our case) with the three of the top reporters on the beat. Tanvi Misra of CQ Roll Call, Caitlin Dickerson of The New York Times and Aura Bogado of Reveal from the Center for Investigative Reporting, embody traits of the immigration reporter I hope to become. They’re dedicated, focused, and well-versed.

When most people think of immigration they think of the border. But there are also stories to be pursued within our communities.

All three panelists shared a story they covered recently and how they went about reporting it.

Bogado’s piece, The Disappeared, chronicles a story of the prolonged detention of migrant children. She used social media to connect dots and track down a girl and her family.

Dickerson’s piece, Before Covid-19, Trump Aide Sought to Use Disease to Close Borders, shares how Stephen Miller, senior advisor to President Donald Trump, tried to shut down the border. Dickerson landed this scoop while she was talking to a source about another story.

The immigration beat is busy and details are constantly changing. While there’s always things to cover, there’s not always time.

Here are some topics Dickerson suggested looking into:

● Farmworkers
● Documenting a family going through the pandemic, with a focus on immigration
● Evictions
● Long term impact of the ways the pandemic is bearing down on the most vulnerable
● Private prisons, most executives come from and/or have a relationship with Department of Homeland Security

Meanwhile, Bogado of Reveal from the Center for Investigative Reporting wants to see more coverage on indigenous immigrants, particularly from Guatemala. She called for reporters to interview more people affected by policies. After all, it’s immigrants who are living through the policy.

One of the most thought provoking questions asked during the panel was from Gustavo Martinez, of the Asbury Park Press who asked “Is there a language barrier between you and the people you report about? And how do you make sure, if at all, to write for them instead of just writing about them?”

“How do you make sure, if at all, to write for them instead of just writing about them”— this part really stuck out to me, is the work we are doing being readily available to the people we interview?

Bogado, shared unique ideas to make content available. Beyond translating stories, she reminded attendees we can’t assume everyone knows how to read, she suggested animations. She recalled a time her team and she used animations to tell a story.

So how are you going to write for immigrants instead of just writing about them?

Pam Ortega is graduate student at the University of California, San Diego. Pam attended the IRE conference as a DJNF Emerging Journalist.