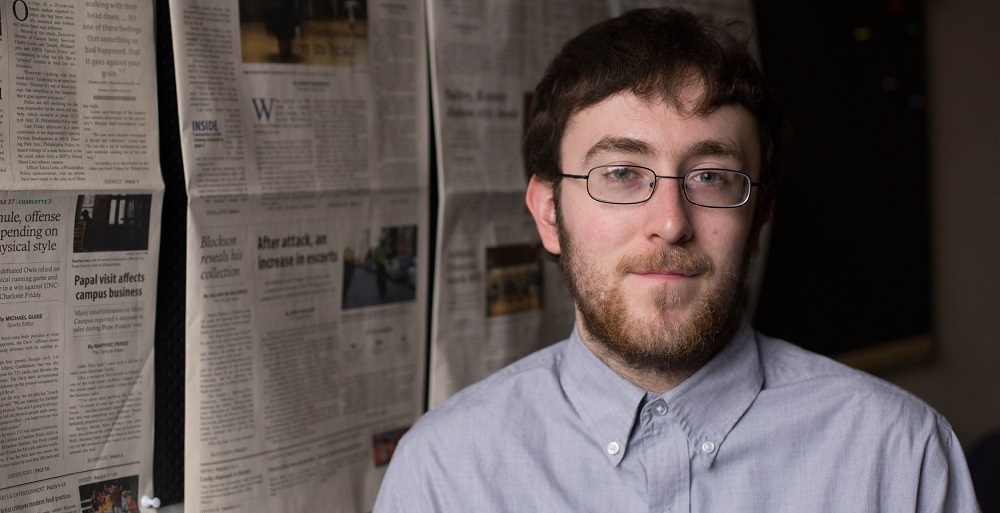 PRINCETON, N.J. — Joe Brandt, a 2016 Dow Jones News Fund copy editing intern at the New York Times, is the 13th Edward Trayes Scholar, selected by the professor who has directed the training program at Temple University since 1968.

Brandt, a senior at Temple University and the editor-in-chief of The Temple News, will receive a $1,000 scholarship and join an elite group of former Trayes scholars who have gone on to be exemplary journalism professionals.

The O’Toole Family Foundation of Short Hills, New Jersey, began the scholarships in 2004 to honor Trayes. Paula and Terry O’Toole, a 1979 copy editing intern at The Wall Street Journal, created the award with an initial $10,000 gift to mark the 25th anniversary of Terry’s participation in the internship program. They made another $10,000 gift in 2014. Terry is co-managing partner of Tinicum, Inc., a New York-based private investment firm.

Trayes said, “Joe’s work and overall participation during the Temple residency was excellent. He showed considerable intellectual curiosity as well as a thorough understanding of what is expected of editors entering the field today. He has a bright future in journalism.”

Brandt’s supervisor at The New York Times agreed. Eric Dyer, weeklies copy desk head, said, “Joe is an excellent editor who easily recognizes problems and improves stories. He always kept his cool under the tremendous pressures of working on a daily copy desk. During his internship, he certainly saved The Times from publishing several errors.”

Brandt said he was honored to be selected and how much the rigorous pre-internship training helped him.

“It was really interesting; at what other time in your life do you get a chance to be immersed in just journalism for more than a week?”

“In hindsight I think that was a really cool experience. During it, when we realized we were doing all this work and memorizing two stylebooks, we were a little overwhelmed. Learning under pressure is a great way to learn. I took a lot away from it in the nine days.”

After completing the residency program, Brandt worked on the metro desk for the Times. He said it was intimidating at first, but he quickly got his feet wet. People were really nice especially Lew Serviss, Temple University and News Fund (’76) alum, who mentored Brandt and introduced him to others in the newsroom.

Brandt was thankful for the experience.

He said, “I never saw myself as a New York Times intern, but the (Dow Jones News Fund) program saw something in me.”

Growing up in Pitman, New Jersey, Brandt wanted to become a journalist after attending a WHYY summer journalism workshop in Philadelphia. It impressed him with the importance of a strong, free press in a democracy. When he asked the staff for recommendations on colleges and journalism, one staffer recommended Temple University and another told him, “It doesn’t matter where you go, it’s what you do.”

Brandt used their advice to make the most of his time at Temple. He worked at The Temple News as a columnist, news editor and reporter and interned at the Philadelphia Daily News. A week before he began the News Fund’s residency program, he became editor-in-chief of The Temple News.

He will graduate in May and, keeping his career options open, is looking for editing and reporting jobs.