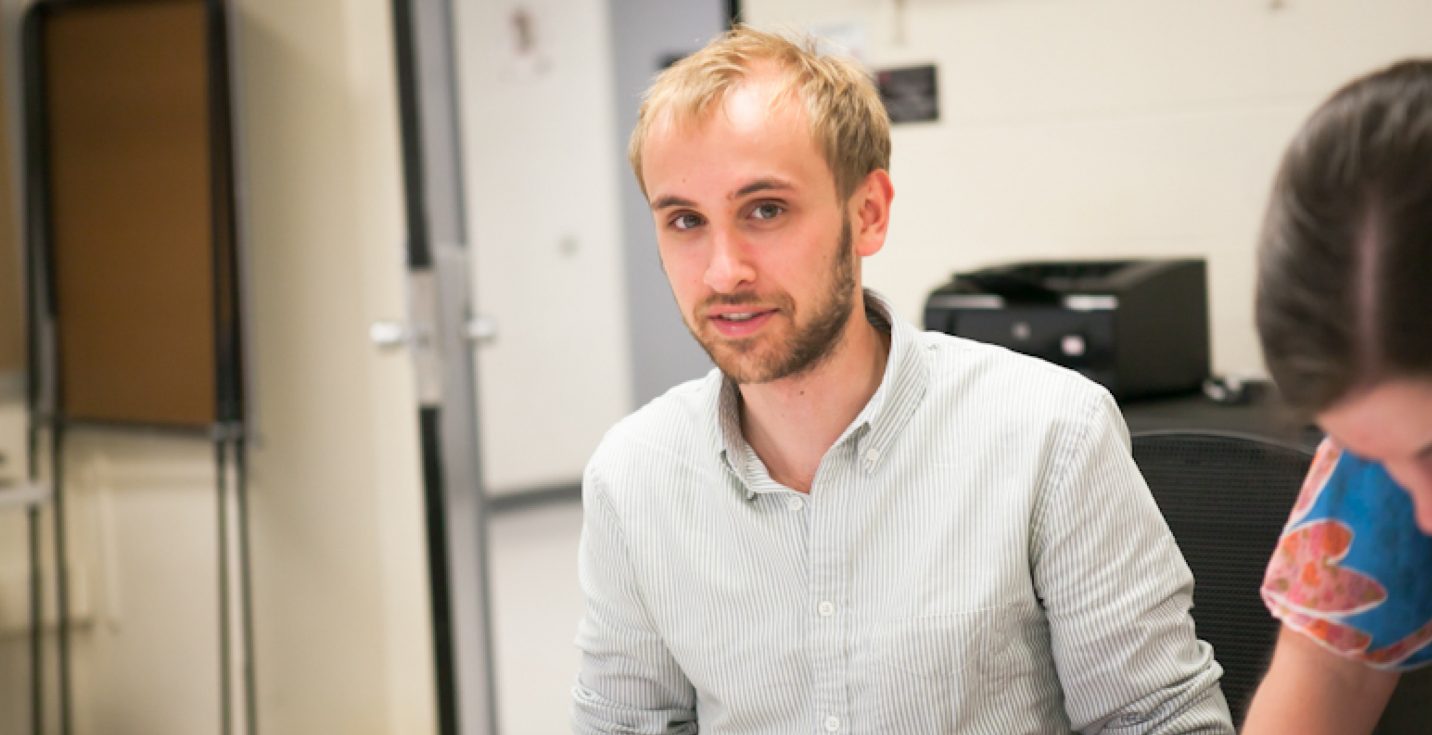 The O’Toole Family Foundation of Short Hills, N.J., began the scholarships in 2004 to honor Dr. Trayes. Terry O’Toole, a 1979 copy editing intern at The Wall Street Journal, created the award with a $10,000 gift to mark the 25th anniversary of his participation in the internship program. He is co-managing partner of Tinicum, Inc., a New York-based private investment firm.

Trayes said, “Ian clearly has a bright future in journalism. He was outstanding during the editing residency at Temple. He continued in the same vein during his internship with The New York Times Regional Editing Center in Gainesville, Fla.”

With his selection as the 10th Ed Trayes Scholar, Carlino joins an elite group of former Temple Editing Residency participants who have gone on to do very well in professional journalism, Trayes said.

Carlino, a 2013 Syracuse University graduate, said, “I’m honored to have been chosen from among last summer’s incredibly talented group of editors, especially after having worked with them and Dr. Trayes. The residency at Temple was the perfect stepping stone to working in a professional newsroom, and Dr. Trayes’ guidance was invaluable to my preparation for the summer’s work.”

He is an editorial assistant for the relatively new Shops section of Thrillist.com in New York City. He described Thrillist as a lifestyle guide for younger urban males that tells them what to drink, where to eat, vacation. He works on the content management system that gives the section its structure. He collects photos, links and resources for articles, then writes and updates them as needed.

He said, “Shops is different in that it merges content and commerce: we write about products that we also sell through our sister site, JackThreads.”

He said he would like to return to hard news, ultimately becoming an editor while acknowledging that could mean different things. His ultimate goal remains flexible, he said.

“To work for a magazine like The Atlantic, or for NPR, would be incredible. But to be an editor is to be a teacher, and I’ve also thought about how I could do that literally — teach English, journalism, or the like,” he said.

Carlino said his colleagues at the Times Regional Editing Center were highly professional and skilled copy editors. Sitting beside them to re-work stories for international reproduction helped him identify one of the most important takeaways from his internship there.

“After I got up to speed on the work at the beginning of the summer, expectations for me were the same as for the other copy editors, and I pushed myself to meet that level of quality. I learned the value of bringing my best work with me every day — an idea that’s easily talked about in classrooms and at student publications, but that takes on an entirely different meaning in the real world.”

He wrote advice to this summer’s interns – those who have already graduated or may return to college in the fall – that centered on developing a different mindset.

“You’ve already got the skills (you’re a Dow Jones intern, after all), so now it’s time to get a feel for the dynamics of the newsroom, and how to think about and approach your work in a way that’ll keep you learning and growing as editors. Learn how to think like an editor rather than just how to apply your skill.”

Assessing the future of the media also requires a change in outlook, Carlino wrote: “The Internet, and the evolution of traditional media, seems to show that people are thinking about themselves, others, society, etc. in fundamentally different ways than they once did. I think that if we focus more on understanding that than the physical changes in the media landscape — which newspapers are folding, how magazines are adapting to advertising, which publications are using paywalls — we’ll have a better idea of what’s going to happen to the media.”