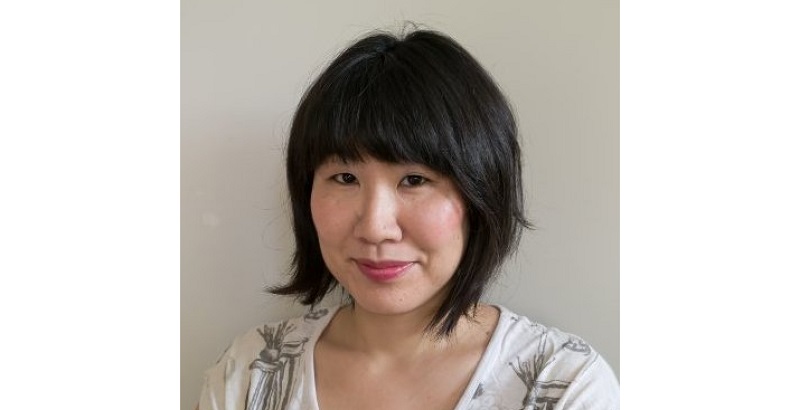 PRINCETON, N.J. — The Newspaper Fund announced Robin Kawakami is the sixth Edward Trayes Scholar. The $1,000 award goes to the student chosen as the best summer intern taught by Dr. Trayes at Temple University in Philadelphia. It is endowed by Terrence O’Toole, a 1979 graduate of the residency, through The O’Toole Foundation of Short Hills, N.J.Robin Kawakami

Robin Kawakami worked in advertising and she hated it. It was that dislike day-in and day-out that led her to decide to go to journalism school and ultimately to apply for the Dow Jones Newspaper Fund’s copy editing internship program.

Ms. Kawakami’s desire for a non-traditional journalism experience took her to three European countries in two years, studying at Aarhus University in Denmark, the University of Amsterdam and graduating from City University in London. She specialized in business and financial journalism. She has blogged, copy edited, used Twitter and produced a variety of multimedia projects.

“I love copy editing. Every day I went into work this summer, I would tell people I had the best job in the world. I get to read all these stories by world-class writers and I get to help make them better and help make the paper better,” she said.

During the 10-week internship, she and fellow intern Marissa Carl rotated across news desks and shifts including international, money and investing, corporate, national and WSJ.com. Ms. Kawakami knew nothing was going to fall into her lap so she networked with people to learn about opportunities and planned changes. She has stayed on doing freelance editing for WSJ.com.

“The residency was a very intense experience. I will never forget it. I can see why people I ran into at The Journal remember it. It had a very profound effect on them. It will stay with me for the rest of my life,” she said.

Dr. Trayes said he selected Robin for her great performance during the internship and in the training program.

“She has demonstrated that she has what it takes to be one of the best in the business,” he said.

Although studying in Europe got the “living abroad bug” out of her system, Ms. Kawakami is on a four-week dream vacation to VietNam, Cambodia, Laos and Thailand.
She said she advise other interns to find a specialty they like.

“I would suggest trying different aspects of journalism. I tried techblogging but I didn’t enjoy it that much; traditional writing, feature writing and I tried copy editing which I didn’t know too much about. It wasn’t until I found this program that it really shifted everything in my career,” she said.