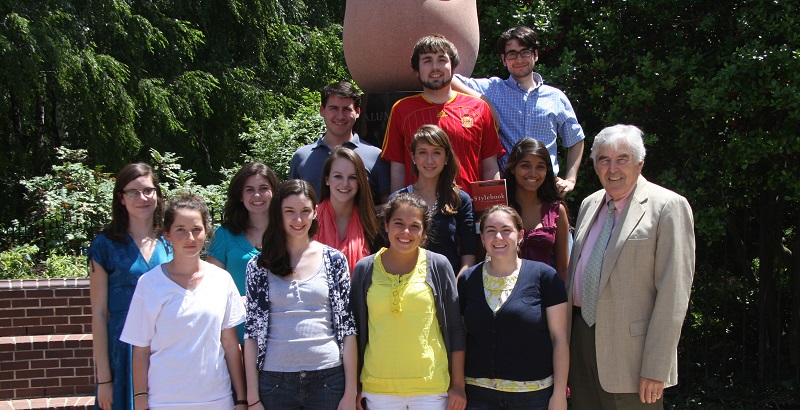 PRINCETON, N.J. — The board of directors of the Dow Jones Newspaper Fund approved $459,000 in grants and operating expenses for 2010 programs for high school and college students and high school journalism teachers.

The budget includes $42,000 for two multimedia training programs for professors. The first will be held at the University of Texas, El Paso, directed by Dr. Zita Arocha and targeted at schools with large populations of Hispanic students. The second will be held at Western Kentucky University, Bowling Green, directed by Dr. Pam Johnson and aimed at professors from the nation’s Historically Black Colleges and Universities.

Rich Holden, executive director of the Fund, said, “Last year’s multimedia program at Western was an overwhelming success. We had more than twice as many applicants as available spots. This year we will be able to serve a much wider audience. The Fund thinks it’s essential that the professors are given the latest skills to pass along to their students.”

The Fund will again operate six Centers for Editing Excellence and a business reporting training center. It will also provide more than 75 internships to college juniors, seniors and graduate students in its news, multimedia, sports editing and business reporting programs.

In addition, Adviser Update, the Fund’s quarterly newspaper, will continue to be distributed free to high school journalism teachers. It is experiencing growing circulation and support from sponsors.

“The directors of the Fund are heartened by the strong response to its programs, designed to promote careers in journalism, amid the continuing financial difficulties in the news business,” said Richard J. Levine, president of the board.

Grants were approved for:

COLLEGE PROGRAMS – $210,000
The News Editing Intern Program will train college students to work as news, sports and multimedia editors during the summer of 2010. Each will attend a Center for Editing Excellence prior to the internship. The Fund allocated money to cover scholarships for those interns returning to school, intern travel and operating costs.

TEACHER PROGRAMS – $10,000
National High School Journalism Teacher of the Year–$3,000 was allotted for scholarships to be awarded in 2010 to students of five high school journalism teachers chosen as the best in 2009. An additional $4,000 was granted to promote the program through travel and speaking engagements for the Teacher of the Year at news industry, scholastic and academic conferences. The program will receive in-kind support from the Poynter Institute for Media Studies, Columbia Scholastic Press Association and The Wall Street Journal Classroom Edition.

Up to eight students will be awarded $1,000college scholarships for the best writing, photography and multimedia packages in the 2010 summer high school journalism workshops.

The Dow Jones Newspaper Fund is a nonprofit foundation supported by the Dow Jones Foundation and other news organizations.