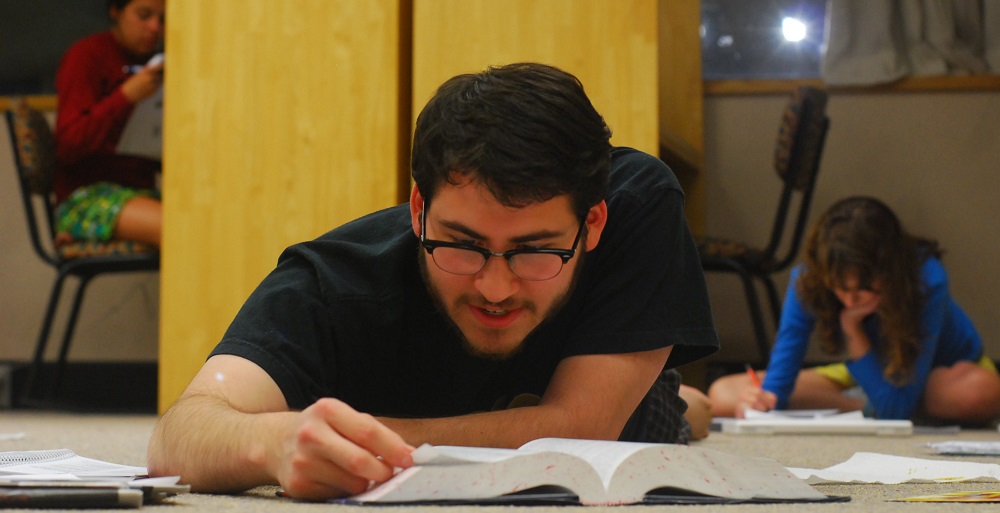 En route to cover the ChinaOpen, Barone saw he had an urgent message to call Dr. Ed Trayes, who conducts pre-internship training for DJNF at Temple University and the award’s namesake. Barone waited until morning on the east coast to call, which was dinnertime in Beijing. He was eating a duck’s foot when he stepped away to take the call.

“It was really exciting,” he said.

Barone, a senior journalism major at the University of Missouri, worked as a copy editor at The Wall Street Journal in New York rotating among the international, corporate and national desks this summer. He’d heard of the award but it was a mythical thing. Diego Sorbara of The New York Times, 2005 Trayes Scholar, told him, “You don’t really know until you get it.” Sorbara, a Missouri alumnus, was on the road between Indiana and Chicago when he got his call.

The Missouri J-School has sent students to provide English-language coverage of the ChinaOpen, a joint WTA-ATP event for top-ranked tennis players, for the past two years. Barone was selected for the competitive honor last year but deferred because of an internship and his responsibilities as editor of The Maneater, the campus newspaper.

Josh’s supervisor was Yvonne Dennis, The Wall Street Journal’s assistant news editor/day Hub chief. She said, “Joshua showed a deep care for the newspaper from the day he arrived until the moment he left, proofing pages religiously, pointing out errors pre-publication and generally helping make our processes better.”

Josh explained he took on proofing the pages and editing them line by line. He engaged in a battle to stamp out misuse of commas. “I’m sort of a sucker for grammar and punctuation,” he said.

Dennis added, “Joshua also did the newspaper a tremendous favor by extending the length of his internship by four weeks when we had an unexpected staff departure.”

That extension took him back to Missouri a little late and now working on the ChinaOpen website in Beijing, he’s spending evenings catching up on Missouri homework. He arrives back on campus Oct. 11 where he will resume covering higher education for the Columbia Missourian. He graduates in May.

Linda Ballew of Great Falls (Mont.) High School advised Barone when he was editor-in-chief of the Iniwa newspaper.

She said, “Josh is one of those that doesn’t say much but always has a great impact. When he was in high school he was driven but truly a free spirit. He always told me he was going to be a journalist.” Mrs. Ballew was 2005 DJNF National High School Journalism Teacher of the Year.

Trayes said he selected Barone because he is passionate about and dedicated to journalism. The award is drawn from a fund created by 1979 editing alumnus Terry O’Toole through his New Jersey-based family foundation. O’Toole established the gift on the 25th anniversary of his residency when he and classmates returned to surprise Trayes. Started in 2004, it is to be given annually for 10 years. Trayes has directed the training course since 1968.

Barone said he will take a job doing whatever he can in journalism after graduation. He said he’d return to the Journal if the opportunity arose “in a heartbeat.”

“I really enjoy editing but there is still a certain thrill from reporting that I’ll never get tired of,” he said.

Like others before him, Barone found the residency a challenge. “It was a very long nine days. It was probably the hardest thing I ever had to do,” he said. The friendships may be as lasting as those from the summer of 1979.

“We were all really close at Temple. It was such an intensive experience it bonded us in a way that we can’t explain to other people,” he said.