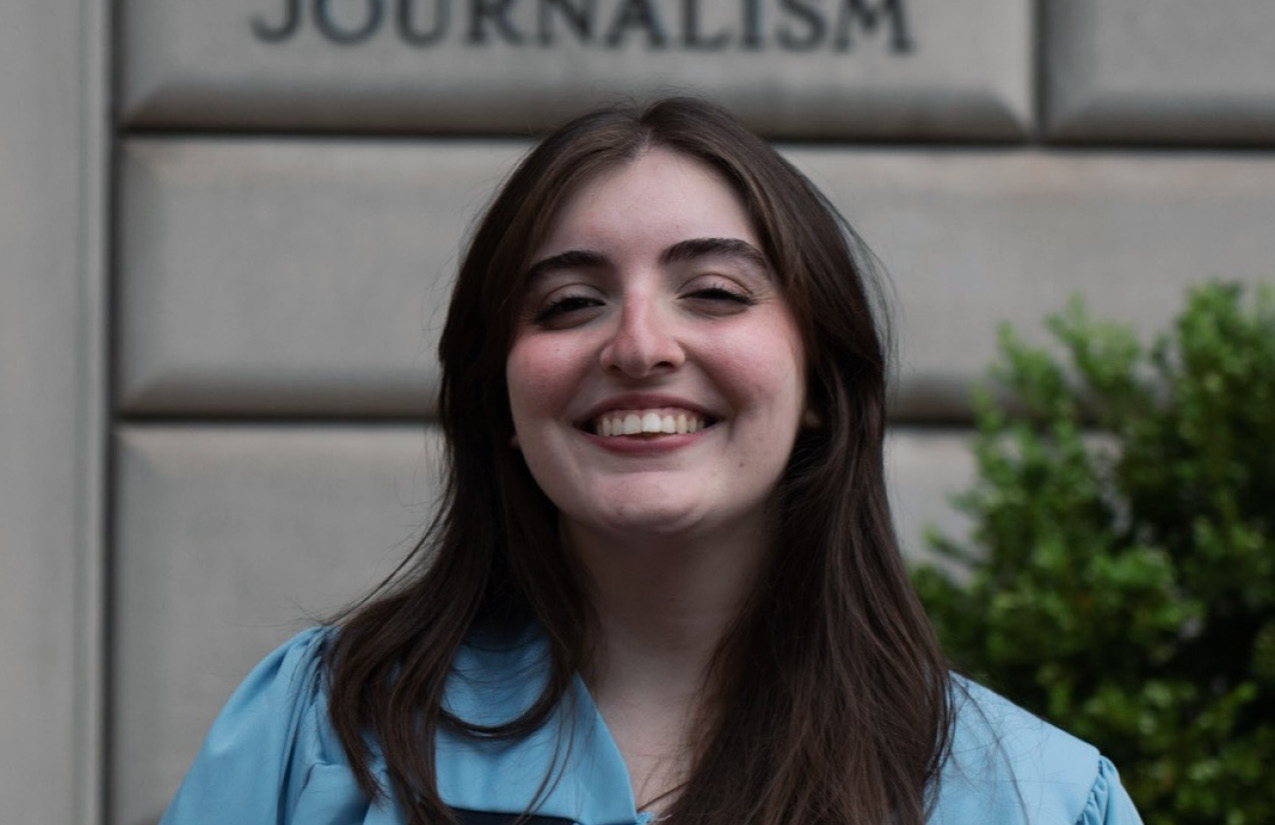 Mariana Labbate, a 2021 Dow Jones News Fund editing intern at The New York Times, has been named the 18th Edward Trayes Scholar. She was selected for the honor by Dr. Ed Trayes from among nine interns who completed his legendary editor boot camp at Temple University.

“She has a broad view regarding the importance of good journalism.,” he said of Labbate, who received a master’s degree from Columbia University this month. “In many ways, I see her as the prototypical journalist entering the journalism profession. During the Temple residency, she was not reticent when it came to asking good questions, being clear and as sure as she could be. ”

Trayes, a professor emeritus at Temple, is directing his 55th News Fund editing residency this week, teaching interns the art of editing, from news judgment to geography to Associated Press style.

The honor comes with a $1,000 award, which Labbate will use for a lifetime membership to ACES: The Society for Editing.

The Trayes Scholarship Program has been funded by the O’Toole Family Foundation of Short Hills, New Jersey, since 2004 to honor Dr. Trayes. Terry O’Toole, a 1979 News Fund copy editing intern at The Wall Street Journal, and his wife, Paula, have donated a total of $20,000 to the Dow Jones News Fund.

“Do your research, look everything up whenever you go to talk to someone important at your internship, really understand what you’re doing and how it works where you are going, because it makes all of the difference and will help you make a good impression.”

Peter Blair, Labbate’s internship supervisor and a Dow Jones New Fund alumnus, commended her work, “Mariana’s enthusiasm for editing was infectious during the 10 weeks she spent at The Times last summer. During her internship, she was generally expected to be the final set of eyes on anything she edited — which is asking a lot of an intern in a newsroom as big as ours — but she was always poised and calm, no matter how near the deadline was, and she left every story in better shape than she found it.”

Labbate, who was born and raised in Brazil, was 13 years old when she read “Climate Diaries” by journalist Sônia Bridi and was inspired to pursue a career in journalism. She wanted to shine a light on climate change and its impact on the Amazon rainforest.

Her pursuit of a journalism career took her to the University of Missouri’s School of Journalism.

Labbate’s first Dow Jones News Fund internship was at The Arizona Republic, where she fell in love with editing. As a digital media intern she spent a lot of time editing digital content for the web, including social media posts. When Labbate returned to the University of Missouri for her senior year, she signed up for several editing classes.

After completing the New York Times editing internship, Labbate entered graduate school at Columbia University, where she conducted research inspired by Dr. Trayes. Her master’s thesis was titled, “The power of language: How choosing the right word can change a narrative.” For her thesis, Labbate compiled examples of how editing choices can completely change the tone of a story when covering conflict or topics like immigration.

Since graduating, Labbate has started looking for her next editing job. She is fluent and can edit in three languages, Portuguese, Spanish and English, and is now learning French.