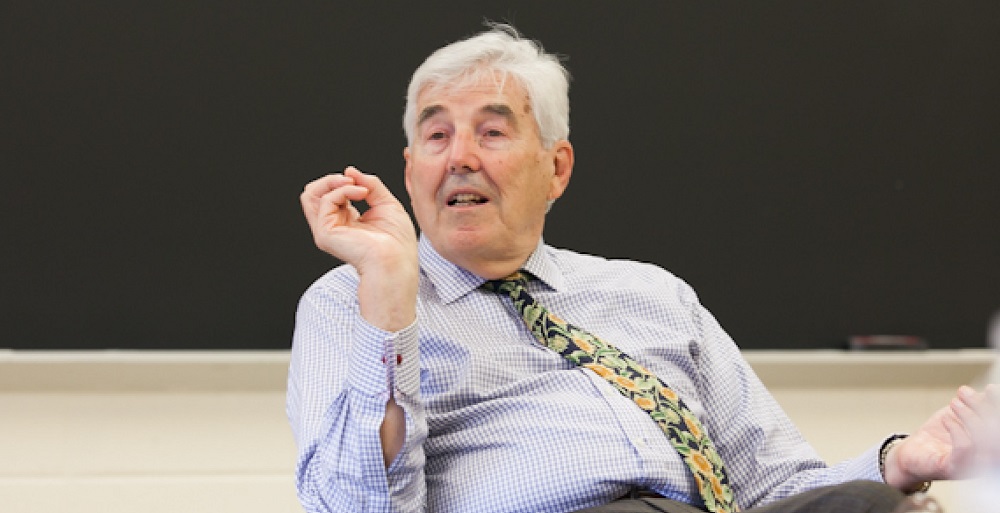 PRINCETON, N.J.— A paper boy in Bangor, Pa., couldn’t throw the newspaper at the photography studio downtown. Instead, he carried it inside to manager Kermit Peysher, who was often in the darkroom. The fascinated boy home page for image archive watched, listened and learned. Soon he was hooked on photography.

Before starting his afternoon route, the newsie waited for the press run to finish at the Bangor Daily News. He befriended the pressman and linotype operator. He watched, listened and learned.

Dr. Ed Trayes, the former paper boy, has married his love for journalism, photography and Temple University students to create a web-based archive of images that will provide college scholarships.

Edtrayes.com, officially launched in March, contains more than 12,000 images shot by the professor, who has spent most of his 50-year career in education at Temple. He directs the Master of Journalism program and the photojournalism sequence in the journalism department. He has also taught at Seton Hall University and Albright College.

Since 1968, Trayes has directed the copy editing training course for the Dow Jones News Fund, preparing more than 600 interns to work at metropolitan newspapers and newswires.

“I spent most of my life at Temple University in the same office, in the same building. I can’t give Temple one million dollars, but I love the kids,” he said.

The archive is housed in the School of Media and Communication in Annenberg Hall at 13th and Diamond streets in Philadelphia. Interestingly, Trayes has only showcased a limited number of his photographs once before in a special event at the university in 2003. He doesn’t show his work to students, he said, “. . .it should be more about them.”

The site features a wide array of digital images in categories like flora, fauna, travel, locations, still lifes. They chronicle Trayes’ travels and interests from Martha’s Vineyard to South America, Europe, the Middle East, Africa and Asia. Vibrant, illustrative and introspective images, are the tip of an iceberg of 50,000, some from paper and film which will eventually be included in the archive. His work dates to the 40s.

“I think it’s more effective than putting up single frames,” he said.

The images are not high resolution but are free for educational uses. Everything is copyrighted but it’s an open contextual archive, according to Trayes.

Dr. Andrew Mendelson, chair of Temple’s journalism department, said “It’s amazing to see this lifetime of work coming together. No one has seen his work before.” Mendelson, who also teaches photojournalism and researches issues in visual literacy, says there is just one word for Trayes’ work: Art.

“He was out there visually capturing aspects of the world,” he said.

A vendor handles purchases of the images distributing proceeds at intervals to the scholarship fund. The images can be bought as cards, prints, posters, canvasses and downloads. Prices range from a few dollars to hundreds depending on the selection. Those interested in licensing arrangements must contact Trayes through the site.

According to Michele Blazer, development director for the School of Media and Communication, the goal is $50,000 over five years in scholarships for master’s and photojournalism students.

A journalism department committee will choose recipients from eligible applicants who express a need. Blazer said scholarships may be given as soon as next year depending on the progress.

As a sabbatical project, the site came together with graduate student Sam Margulies who became his professor’s teacher. Margulies created the basic structure on a WordPress platform, hammering out design elements, adding, subtracting and tweaking. The professor, however, wrote each cutline. Trayes also credits Ron Velez and Naoko Masuda who has since left the school’s IT section to work in Japan.

“The problem is I’m shooting faster than I’m posting so I’ll never get to the other stuff,” Trayes said.

Tax-deductible donations may be made directly at any time by writing to Scholarship Fund, Ed Trayes Photography Archives at Temple University, School of Media and Communication, Philadelphia, Pennsylvania 19122.

Since 2004, DJNF has given the Edward Trayes Scholarship of $1,000 to the outstanding editing intern in his training course thanks to a gift from the O’Toole Family Foundation administered by Terry O’Toole, a 1979 DJNF editing intern.