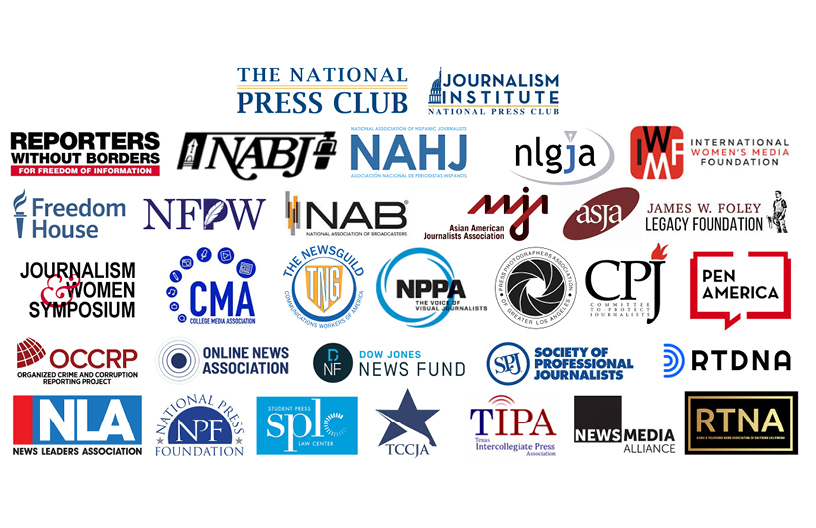 Organizations that have signed the open letter to law enforcement calling for an end to the use of violence and arrests of journalists covering the protests. Graphic by National Press Club

The Dow Jones News Fund joins the nation’s leading journalism and press freedom organizations in calling on law enforcement, mayors and governors across the country to halt the assault against journalists in the field covering the protests for social justice.

The News Fund is also part of a coalition of 56 press freedom organizations and experts, organized by PEN America and the Committee to Protect Journalists, calling on state leaders to affirm their commitments to press freedom and to hold law enforcement accountable for recent actions against journalists covering protests. Read the press release here.

Letters were mailed to every governor across the U.S. and the mayor of Washington D.C. Download the letter sent to New Jersey Governor Phil Murphy