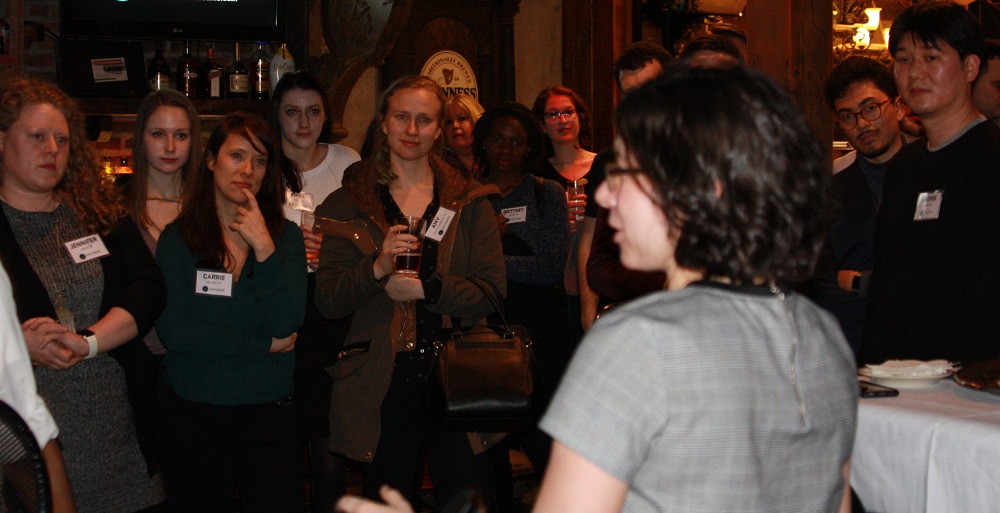 Alumni from 1992 to 2016 working at the Associated Press, Business Insider, Huge, the New York Post, The New York Times, POLITICO, SourceMedia, The Wall Street Journal and many other media reconnected and networked at Hurley’s Saloon.

“Focus on what the story is, what you’re trying to tell someone and who you are trying to tell,” Squire said. “Don’t go big, go really small – and then let that piece of work grow if it needs to.”

Besides mastering Google Spreadsheets for everything (i.e., collecting, cleaning, analyzing and charting), which every journalist should, Squire recommended other tools that don’t require coding skills:

DJNF alums Carrie Melago (’97) of The Wall Street Journal and Gail Griffin (’92) of Barron’s, members of an alumni advisory committee, organized the event. Griffin also sits on the News Fund’s board of directors.