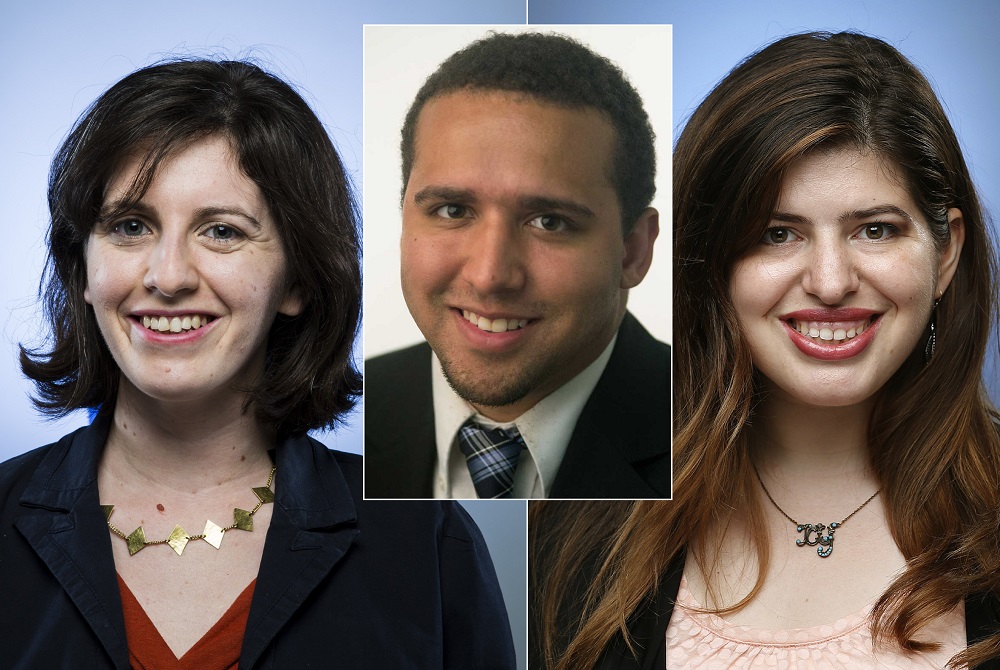 Lauren Raab and Joy Resmovits were among staffers at the Los Angeles Times who earned the Pulitzer Prize for Breaking News for their work on the San Bernardino shootings in December. Raab was an editing intern at the Los Angeles Times in 2008 and Resmovits was a business reporter for The Wall Street Journal in 2010. The pieces published between Dec. 2 and 17 were cited “for exceptional reporting, including both local and global perspectives, on the shooting in San Bernardino and the terror investigation that followed.”

Wesley Lowery of The Washington Post shared in the staff prize for National Reporting “for its revelatory initiative in creating and using a national database to illustrate how often and why the police shoot to kill and who the victims are most likely to be.” Lowery was an editing intern in 2010 at The Detroit News and a 2011 business reporting intern at The Wall Street Journal.