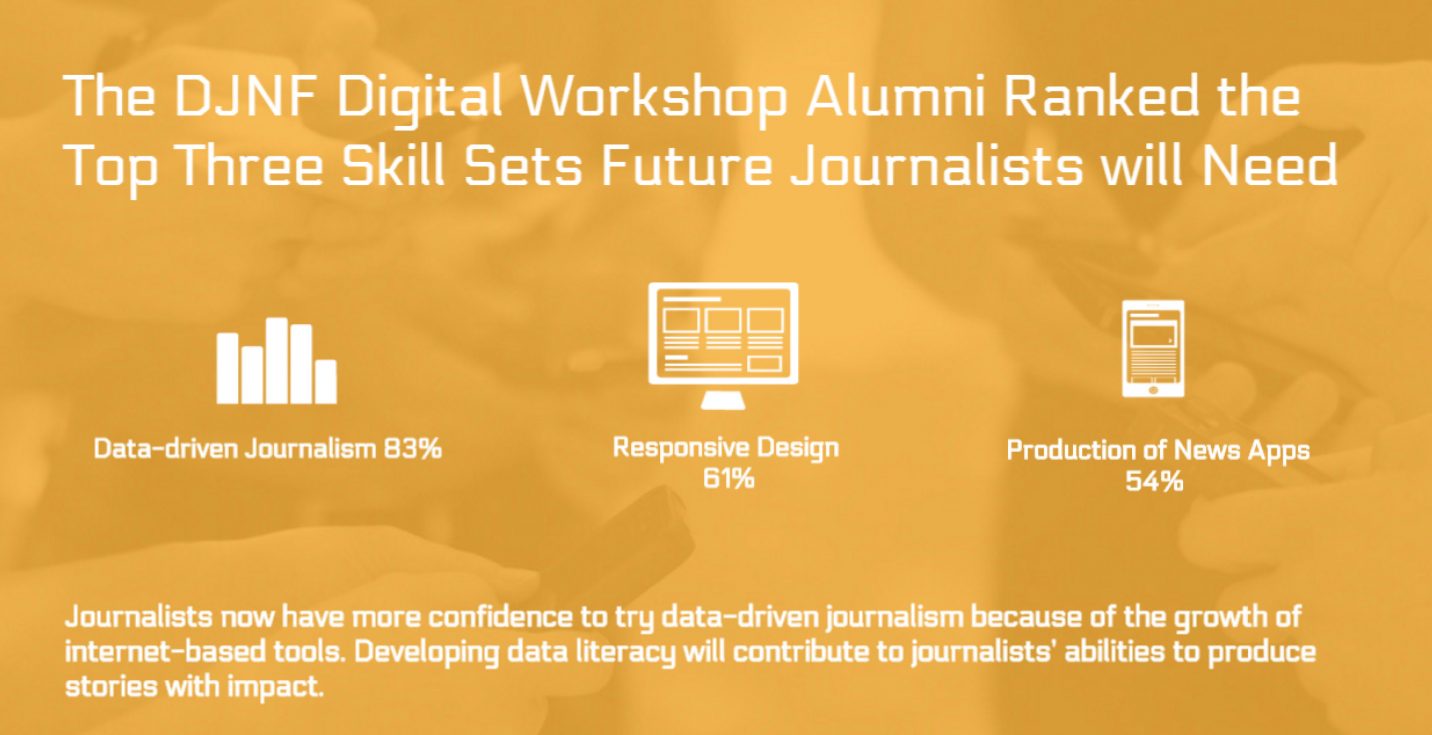 For nearly 20 years, the Dow Jones News Fund has influenced the journalism careers of hundreds of journalists through its digital workshops. In an effort to enhance the program, Dow Jones surveyed DJNF Digital Workshop alumni to explore the most important skills needed, where they landed after the internship, and more.

The research dove into various topics and is illustrated in an infographic on the site. Among other findings, the survey revealed that 92% of the DJNF Digital Workshop alumni obtained their first job within the first four to six months after graduation. Additionally, data-driven journalism, responsive design and news app production are the top three skill sets respondents believe future digital journalists will need. And as a result of participating in the DJNF Digital Workshop, alumni ranked web design, digital news writing and video as the top three skills they built on during training.

For the full study, please visit here. It was directed by Dr. Pam Johnson of Western Kentucky University who ran a digital internship program for the Fund from 2007 through 2013. She also conducts a DJNF-sponsored digital program for professors from Historically Black Colleges and Universities. The program offered in July taught instructors how to create news apps.