Chicago Teens Share Concerns About Violence in “Don’t Shoot, I Want to Grow Up” 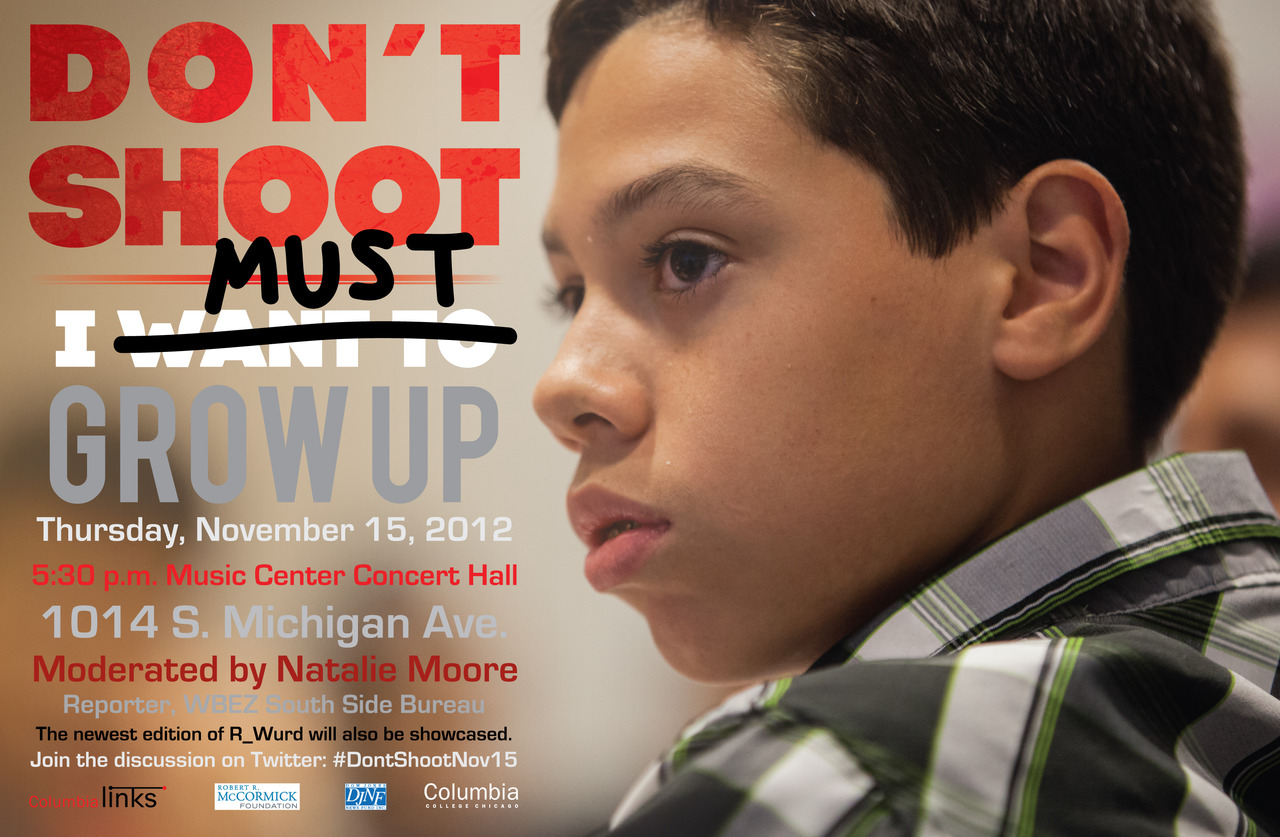 CHICAGO  — Twenty-two students in the Columbia Links high school journalism and news literacy program at Columbia College Chicago this summer wrote about their fears and hopes for their city to be a safe place to live. The resulting letters, compiled into a booklet “Don’t Shoot, I Want to Grow Up,” available at columbialinks.org, detail student fears about gangs, domestic violence, neighborhood safety and perceptions about Chicago.

The idea for the publication came from reporter Celia Daniels, a Columbia Links mentor. Daniels said she observed that many of the high school students’ applications to be considered for the program expressed an urgent desire to write about the violence enveloping them.

Excerpts from the teen essays, which include students across Chicago, include a quote from a student who compares Chicago to Iraq, because it feels like he’s living in a war zone. Another student says it’s difficult to be proud of her city and invite others to visit. Several suggest there are negative tourism implications as a result of all the neighborhood violence.

These quotes show the impact of violence on the young author’s lives:

Columbia Links students hope to present the booklet to Mayor Rahm Emanuel and Police Chief Garry McCarthy in the coming weeks. “Don’t Shoot, I Want to Grow Up” is viewable online at the Columbia Links website, www.columbialinks.org, and in hard copy by contacting Links Executive Director Brenda Butler.

The Columbia Links program, founded in 2006, is primarily funded by the McCormick Foundation, with additional support from the Dow Jones News Fund.