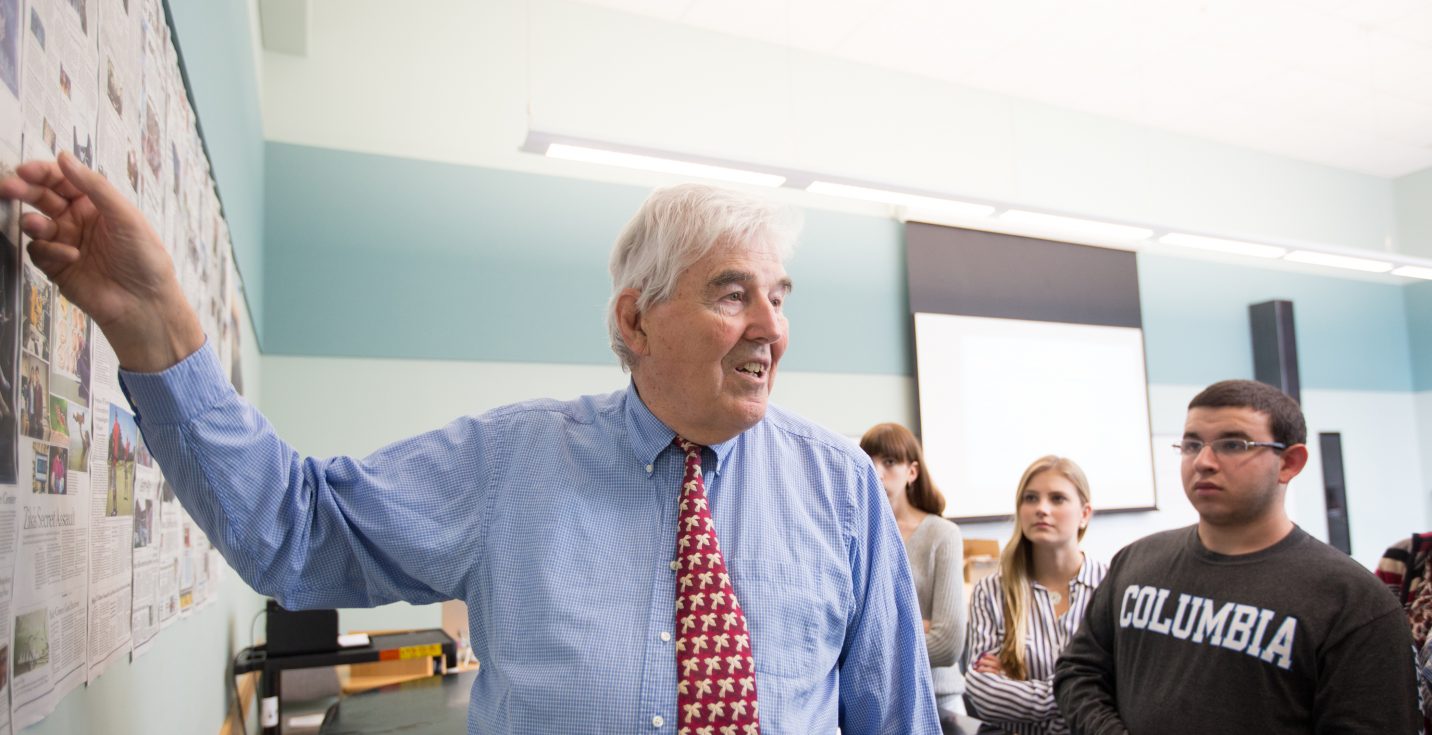 Dr. Trayes has taught the summer editing internship program at Temple since May 1968, enjoying the longest tenure with the DJNF program of any professor.

The internship program was the vision of Paul Swensson, executive director of the Fund from 1961 to 1968, who believed bright college students could work well as copy editors despite never having been daily professional reporters. More than 20 journalism professors have directed DJNF editing internship programs at other universities for decades.

“The program was forward-looking when it began. It opened doors and advanced media careers for scores of students who could have excelled in any profession,” said Linda Shockley, managing director of the Fund. “Trayes and other directors mentored students long after the internships ended, and many interns have stayed connected to the program over the years.”

Heidi White Finley, an editor at The Charlotte Observer and an alumna of the 1998 Temple editing program offered this testimonial: “The Dow Jones News Fund has given me an edge my entire career. Not only does the prestige of the program open doors for alumni, but the networking opportunities never cease. Nearly two decades later, I’m still using the skills I learned that summer.”

A short documentary about the internship program and its impact on its participants and the field of journalism will premiere at the event. It was underwritten by the O’Toole Family Foundation, a long-standing supporter of the internship program through the Trayes Scholarship, awarded each year to an intern for overall excellence. Investor Terry O’Toole, the co-chair of the foundation, is a 1979 alumnus of the program at Temple.

“As someone fortunate enough to have experienced first-hand the broad, career-shaping impact the internship offers its students, I can state without reservation how critical it is for this program to continue to develop and thrive,” said Terry O’Toole, co-chair of The O’Toole Family Foundation. “Dr. Trayes and the Dow Jones News Fund offer a wonderful learning environment that provides tomorrow’s journalists with the foundational skills and real-world experience needed to lead in a profession so vital to our democracy.”