Bunting Elected to DJNF Board 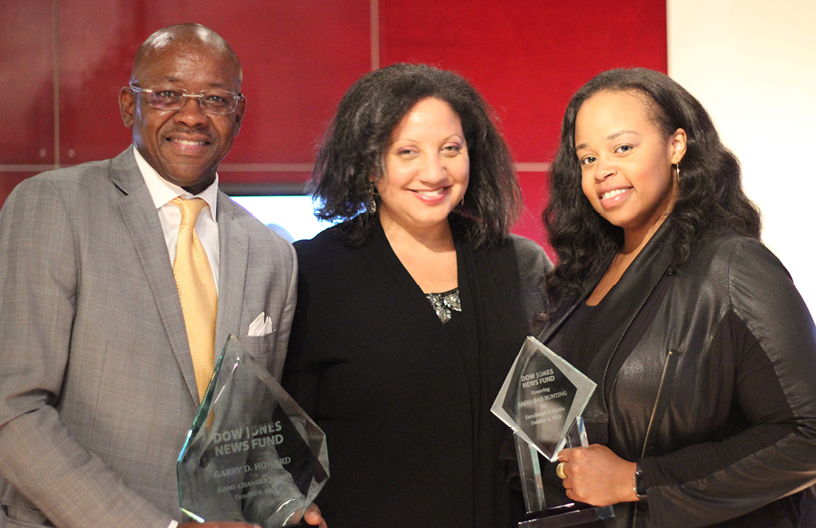 PRINCETON, N.J. — LaSharah S. Bunting, director of journalism at the John S. and James L. Knight Foundation has been elected to the board of directors of the Dow Jones News Fund.

Bunting, a self-described “digital evangelist,” joined Knight Foundation last August from the New York Times. As director of journalism, she manages a portfolio of initiatives aimed at advancing journalism excellence and accelerating digital transformation and innovation.

In her last position at the New York Times, she was senior editor for digital transition, responsible for directing and implementing strategies for advancing digital transformation across the newsroom, including most recently in the Times’ bureau in Washington, DC.

Bunting started at the Times in 2004 and held a number of positions, including deputy Sunday metropolitan editor, and news editor and then digital editor of the national desk, where she directed breaking coverage and oversaw and edited the online national report. Before moving to the Times, Bunting was an editor at the Dallas Morning News.

She was a Chips Quinn Scholar for the Lincoln Journal-Star in 1999 and graduated from the University of Nebraska-Lincoln in 2000. That summer, she was a Dow Jones News Fund editing intern at Newsday.

Bunting currently serves on the board of directors of the Digital Diversity Network, a nonprofit dedicated to advancing diversity in media and technology.

Richard J. Levine, president of the Dow Jones News Fund, said, “We are delighted to welcome LaSharah to the News Fund board and look forward to benefiting from her broad and deep experience in journalism’s digital age.”

“I’m incredibly excited to be joining the board,” Bunting said. “I know personally the great impact that a Dow Jones summer internship can have on a person’s career. My experience in the program was life-changing, and I’m honored to give back to an organization that means so much to me.”