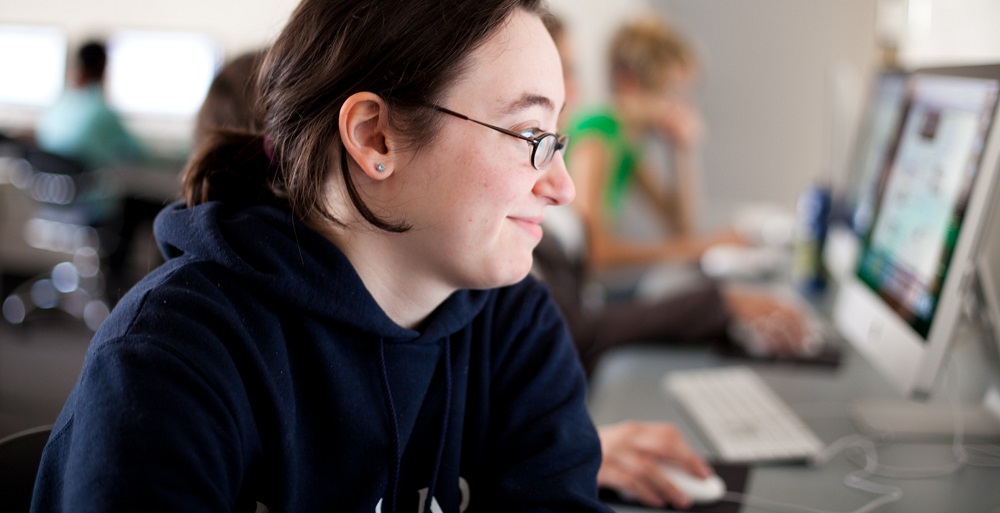 PRINCETON, N.J. — Maggie Astor, a reporter for the International Business Times in New York, has been selected as the Edward Trayes Scholar for 2011. She is the eighth Dow Jones News Fund copy editing intern chosen for the honor, which comes with a $1,000 scholarship.

Ms. Astor, a summer copy editing intern at The New York Times, was chosen and trained by Dr. Edward Trayes at Temple University in Philadelphia. She earned a bachelor’s degree last May in Political Science with concentrations in American and Comparative Politics from Barnard College, the women’s college of Columbia University.

Dr. Trayes said, “Maggie Astor is an outstanding editing talent; one who approaches the craft with a sharp intellect, an outstanding work ethic, and a focus to do the best with every story that comes her way. Maggie’s work during the Temple residency was almost uniformly excellent. She has a bright future in journalism.”

Ms. Astor described herself as a “grammar freak.”

“My mom was a proofreader and a copy editor for a while. But mostly I always liked writing, English, grammar and always had an intuitive sense for spelling and grammar.”

“I get really annoyed when I see typos,” she said.

She interned for her hometown paper, the Montclair (N.J.) Times, where a team investigative report on teen drinking earned her a First Amendment Award from the New Jersey Press Association. Ms. Astor also worked as a reporter for the North Jersey Media Group covering breaking news, government, features and general assignment stories. She was head copy editor, deputy and associate news editor, and reporter for the Columbia Daily Spectator at the university.

Like many successful journalists, she started her media career in high school. She joined the Mountaineer newspaper as a reporter, progressing to news editor and graduating as editor-in-chief, where she and her co-editor copy edited the entire paper.

On the New York Times Metro desk, she copy edited articles on New York City and the region including the scandal involving Congressman Anthony Weiner and New York’s passage of the gay marriage act.

Her political science grounding was a huge help. She traveled to the Netherlands for her senior thesis about a political party there and interviewed voters in Dutch, her mother’s native language, which she also studied at Columbia.

“When I read political stories I had a sense of why I needed to check factually,” she said.

Her experience covering the business impact and legal battles over Columbia University’s expansion into the Manhattanville section of Harlem also gave her a deeper perspective.

Still, she has a sense of humor about politics. For the Business Times, on a limited travel budget she and a colleague drove to New Hampshire to report on the GOP primary. It was her first time covering a political primary in person. They flipped a coin to decide who would go to Mitt Romney’s headquarters and to Ron Paul’s. She went to Paul’s.

“It was great to talk to Ron Paul supporters rather than hear from them in the comments section (of IBT’s website),” she said.

“His supporters were really happy with second place and they thought it was a strong second. They were all celebrating.”

She expects her workload to calm a bit after Super Tuesday when she’ll be able to concentrate on the other part of her beat, health care.

Ms. Astor is not sure where her career will take her.

“I love politics, obviously, so I would love to be involved in political journalism. I’ve always been interested in both reporting and copy editing. Ultimately I’d like to balance those two. I don’t know how exactly that will work,” she said.

The Trayes Scholarship is endowed by Terrence O’Toole, a 1979 graduate of the Temple residency, through The O’Toole Foundation of Short Hills, N.J.