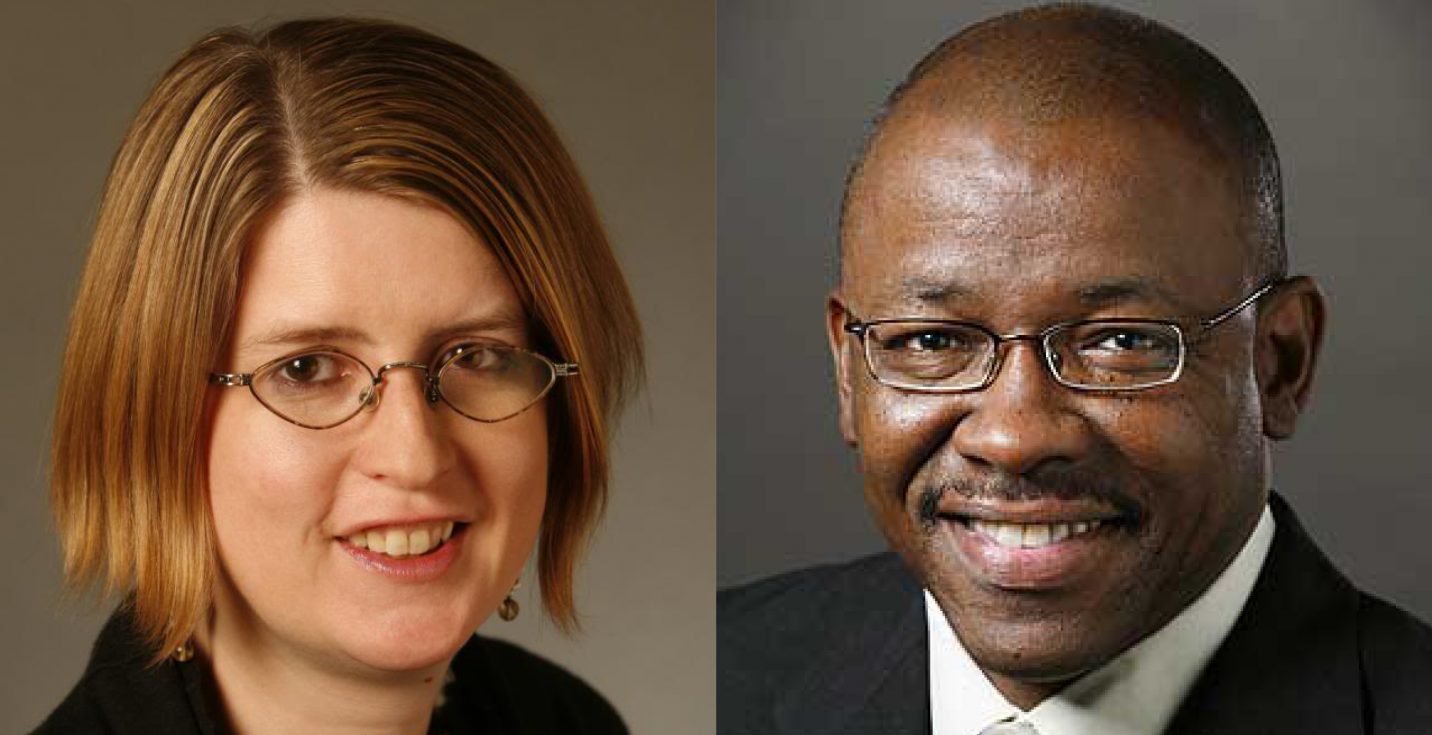 PRINCETON, N.J. —  Gail Griffin, general manager and vice president of digital at Barron’s, and Garry D. Howard, director of corporate initiatives at American City Business Journals, have been elected to the Board of Directors of the Dow Jones News Fund.

Griffin and Howard, distinguished journalists with extensive print and digital experience, both began their careers as Dow Jones News Fund editing interns. Griffin interned at the Rochester Times-Union in 1992 after attending Northwestern University’s Medill School of Journalism and Howard interned at the Dow Jones News Service in 1981 while attending Lehigh University.

Griffin has led digital business and product development at Barron’s for the past nine years. During her tenure, Barron’s has expanded its digital customer base to become one of the top subscription-based financial sites globally; launched Barron’s Asia, its first edition outside the U.S.; and developed successful apps. Recently she has begun working with the News Fund on ways to better serve Fund alumni.

As the director of corporate initiatives at American City Business Journals, Howard is responsible for recruiting, talent development, diversity and content initiatives. In recent years, he has worked closely with the News Fund to develop a business reporting intern program shaped for ACBJ that employed eight interns last summer and will hire 10 this summer. The News Fund presented Howard its Game-Changer Alumni Award in 2015 for his commitment to mentor the next generation of journalists.

“Gail and Garry bring a broad background in journalism and a deep commitment to the Dow Jones News Fund,” said Richard J. Levine, president of the News Fund. “I look forward to working with them to strengthen the Fund’s ability to achieve its mission of promoting careers in journalism in the digital age.”

“I am thrilled to be joining the Dow Jones News Fund Board of Directors and contributing to an organization that helped me and so many others get a strong start in journalism,” Griffin said. “I look forward to helping the News Fund evolve to meet the needs of a media industry that is changing by the day.”

“It is an absolute honor to be elected to the Board of Directors of the Dow Jones News Fund,” said Howard, “It will be a pleasure to work along with President Richard Levine, a veteran journalist with a vision for this team, and other board members to continue the wonderful success of what I feel is the most prestigious internship program in the nation.”

Before Barron’s, Griffin served as general manager of The Wall Street Journal. She also has been GM of SmartMoney.com. Earlier in her career, she was managing editor and then vice president of product development of TheStreet.com. In 1995 and 1996, she was an editor at Dow Jones Newswires in New York after working as a copy editor/page designer at the Virginian-Pilot in Norfolk, Va.

Griffin serves on the board of the New York Women in Communications Foundation, a nonprofit that provides scholarships and educational programs for young women entering communications fields.

Before joining ACBJ in 2014, Howard had a long and distinguished career in sports journalism. He started his career as a sports reporter at the Trenton Times followed by leadership positions at several newspapers among them the St. Petersburg Times, The Philadelphia Inquirer, the Milwaukee Journal Sentinel and several brands of the Sporting News. While at the Journal Sentinel, Howard received an Emmy Award for “Outstanding Achievement for Sports Program Series” for hosting the Journal Sentinel’s Preps Plus television program for over a decade.

He is a past president of the Associated Press Sports Editors and was the first African-American to hold that position in the 36-year history of the organization. Howard is also a past president of the National Association of Black Journalists’ Sports Task Force and serves on the advisory boards of the Shirley Povich Center for Sports Journalism at the University of Maryland and the Morgan State University School of Global Journalism and Communication.