2019 Teacher of the Year Announced 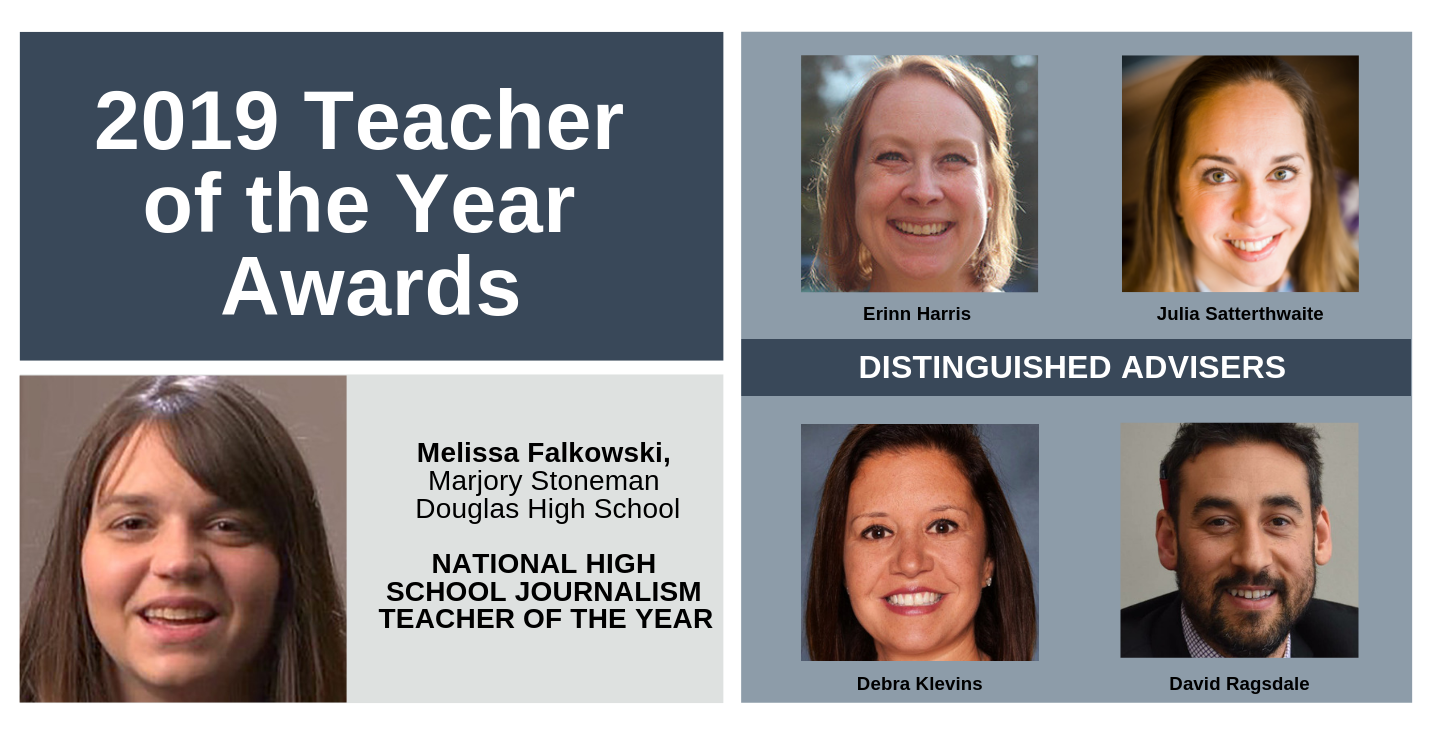 The Columbia Scholastic Press Association has named Melissa Falkowski, a journalism teacher at Marjory Stoneman Douglas High School at Parkland, Florida, the 2019 National High School Journalism Teacher of the Year. Four teachers were honored as Distinguished Advisers and three others are cited as Special Recognition Advisers.

The National High School Journalism Teacher of the Year Awards program is managed and sponsored by CSPA and co-sponsored by the Dow Jones News Fund, with support from Poynter Institute for Media Studies and The Wall Street Journal.

Plaques will be presented on March 21, 2019, during a luncheon at the in The Rotunda of Low Library at Columbia University in New York City.

DJNF began the journalism teacher awards program in 1960, which has honored more than 350 educators. The Fund became a co-sponsor in 2017.  CSPA will continue to administer the awards annually.

Biographies and background on the winners plus the awards process are detailed on CSPA’s website.