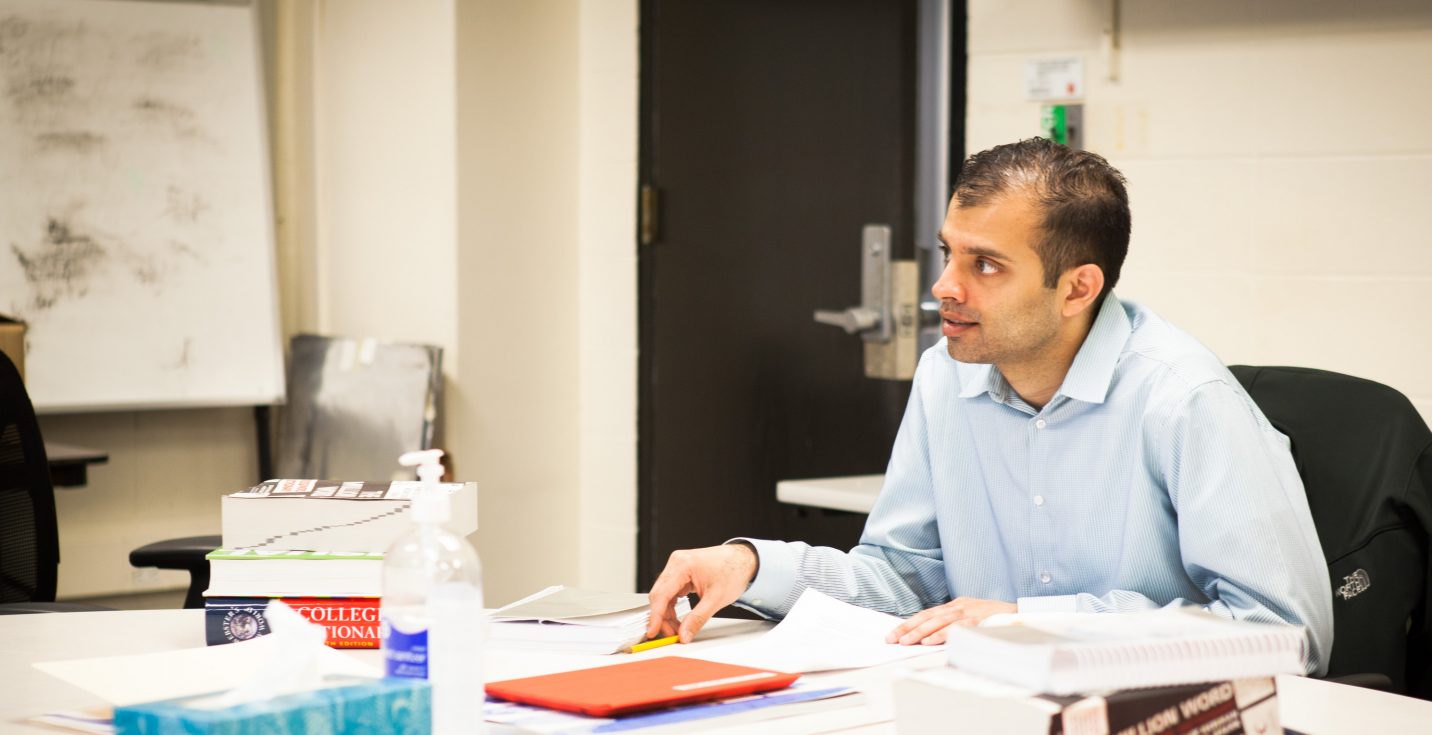 Menezes, a 2015 graduate of The City University of New York Graduate School of Journalism, was trained at the Center for Editing Excellence at Temple University, directed by Dr. Edward Trayes.

Dr. Trayes selected him for his impressive performance and participation in the news editing training and internship program. Roll Call hired Menezes in April as a copy editor for its print and web editions in Washington, D.C.

“Andrew shows great promise for an outstanding journalism career, “Dr. Trayes said. “He has a tremendous work ethic, executes well, and has excellent potential to do well in the years ahead.”

Charles Knittle, assistant editor, copy desks, at The New York Times, was Menezes’ supervisor. In an email message he praised the intern’s judgment for knowing when to look something up to avoid embarrassing errors.

And he wrote several great headlines, including one of my all-­time favorites, ‘200 Years After Waterloo, Napoleon Still Wins by Losing,’ about the fickle nature of history,” Knittle wrote.

The Trayes Scholarship is endowed by Paula and Terence O’Toole through the O’Toole Family Foundation of Short Hills, N.J. O’Toole, a 1979 alumnus of the Temple residency, began the scholarship in 2004 to mark the 25th anniversary of his internship and to salute Dr. Trayes, who has directed the program since 1968.

“It’s such an honor to be given an award in Dr. Trayes’ name. It’s amazing that over 600 copy editors have gone through his program,” Menezes said.

“The last two years of my life have been a series of very fortunate events. I got into journalism school, I moved to New York, I got the Dow Jones News Fund internship residency, got to intern at The New York Times, I graduated and now I work in Washington, D.C.,” he said.

Originally from India, Menezes came to the United States in 1997 to attend college. He set aside his high school dream of becoming a journalist, however, to study business. But after 13 years in accounting, he decided to chase his dream.

“In a brief moment of bravery I decided to apply to j-school, and to my surprise I got in, and then I went on this path,” he said.

Menezes said, “It was a great 10 weeks and a great program. I came out of it with a much better understanding of copy editing and the profession. For my first experience, it was incredible. That set me up well for what I am doing now.”

He wrote advice to this summer’s interns: “Work hard and always be willing to pitch in. You’re going to be surrounded by a lot of smart people so observe and learn from their example, ask questions, and seek out advice.”