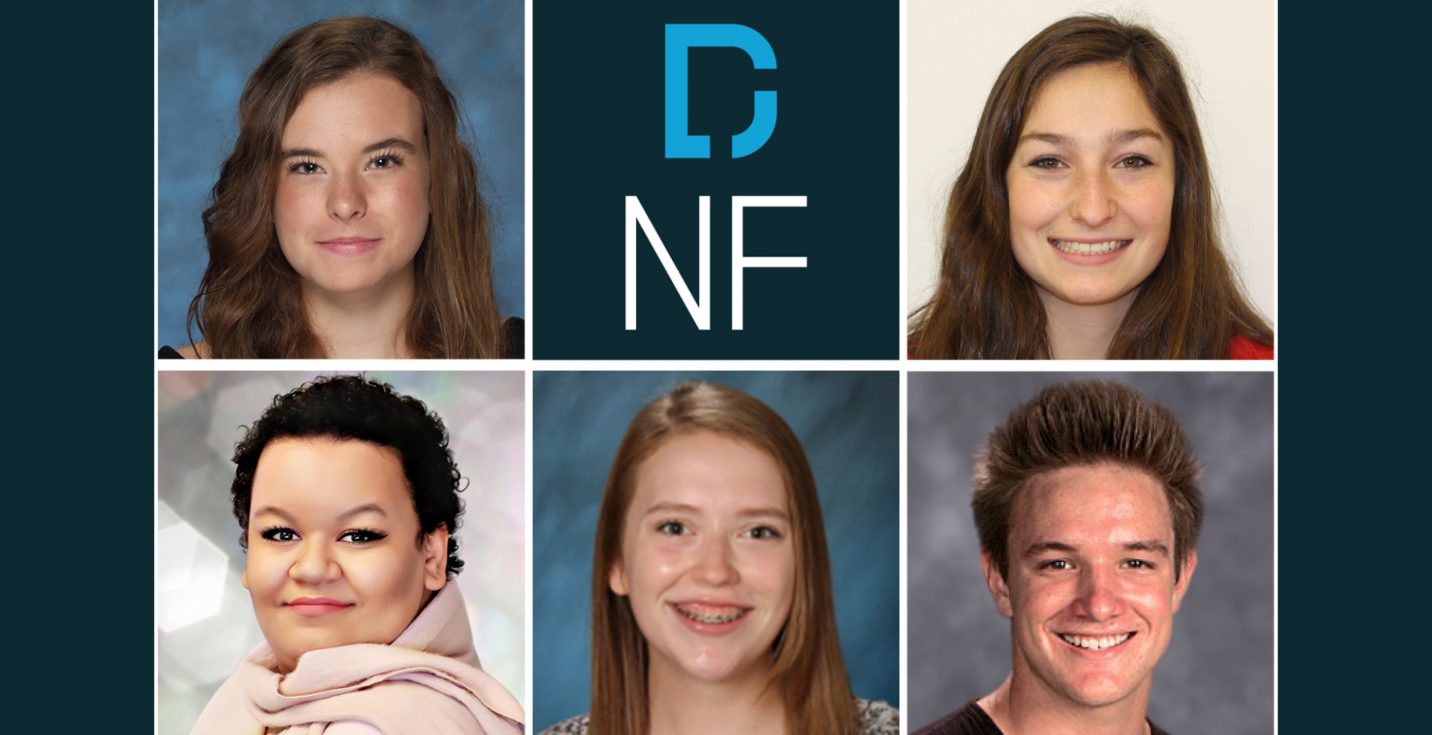 PRINCETON, N.J.— The Dow Jones News Fund will award $3,000 in scholarships to five graduating high school seniors who will pursue journalism in college.

The scholarship recipients were selected by the 2015 National High School Journalism Teacher of the Year and four Distinguished Advisers through writing contests organized by the teachers at their high schools in April and May. Each teacher invited a guest speaker for students to cover for their school media.

The top scholarship recipient is Mimi Wright of Kirkwood (Missouri) High School, where Mitch Eden, 2015 Teacher of the Year, teaches and advises the award-winning newsmagazine The Kirkwood Call. Wright will receive a $1,000 scholarship to attend the University of Missouri in Columbia.

Wright covered a talk by Dr. Gary Behrman from Communities Healing Adolescent Depression and Suicide Coalition (CHADS) at the high school during Suicide Awareness Week in April about ways students can help themselves and others facing mental illness.

Service journalism and increasing teen suicide awareness are centerpieces of Eden’s national platform as Teacher of the Year.

The following students of 2015 Distinguished Advisers will receive $500 scholarships.

Burlingham covered Holyfield’s remarks and interviewed classmates for their reactions. Portage Community Spitfire editor-in-chief Kali Hazell told Burlingham, “The idea that we should always keep our doors open and never say ‘no’ because we don’t know where the adventure will take us, is really inspiring.”

Suzy Stone of Puyallup (Washington) High School will attend the University of Oregon. Her adviser is Sandra Coyer. Stone wrote about a presentation by Alexandra Clark, a 2008 Puyallup alumna and KIRO 7 news writer, who shared her experience as a journalist working with new media tools and technologies emerging daily.

Emma Wade of Homestead High School, Mequon, Wisconsin, is headed to the University of Wisconsin-Milwaukee. She covered Gary Achterberg’s talk about the impact of the internet and technology on journalism. He is a 1975 Homestead High School alumnus and reporter for the News Graphic in Mequon.  Wade’s adviser is Rachel Rauch.